I wanted to make a breezy summer top with a cotton voile I picked up at Joann’s. I went pattern diving in my stash and pulled out one I’ve had for years, but never sewed up—McCalls 6512. I love all the details on this pattern and the unique style lines, I don’t know why I waited so long to sew it! I was hesitant to use a voile because I thought it might end up too boxy and shapeless, but I think it worked out great. 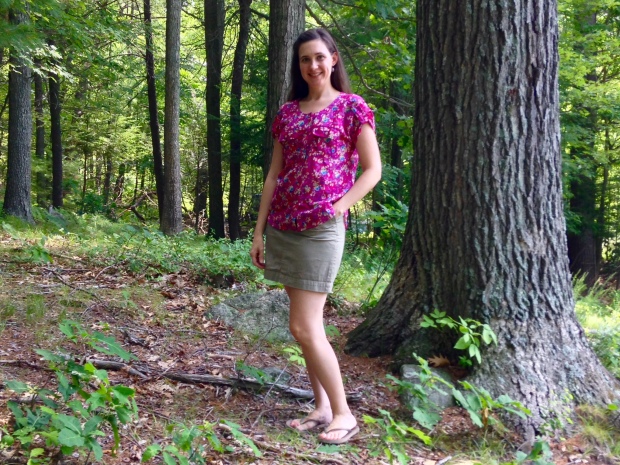 In fact, the cotton made all the fiddly details a breeze to construct. This top has pleated pockets, pocket flaps, an inset front panel, sleeve tabs, collar band, button band… the works. It’s hard to see all the details in this print, so here’s the line drawing.

Based on the finished measurements, I sewed a size 10 grading out to a 12 for the waist/hip. That comes out to be one size down in the bust, and two sizes down at the hip. The fit is a little roomy on top, but nothing terrible. I could probably have done an 8 on top, but I’m happy with the fit from the waist down. I’m beginning to think that I have square-ish shoulders, which is leading to some front and back neckline gaping (not just here, but patterns in general), so that’s another thing I’ll start to watch out for. I did lengthen the back hem by 1″ because I like a longer back hemline, just not as extreme as view B shows. 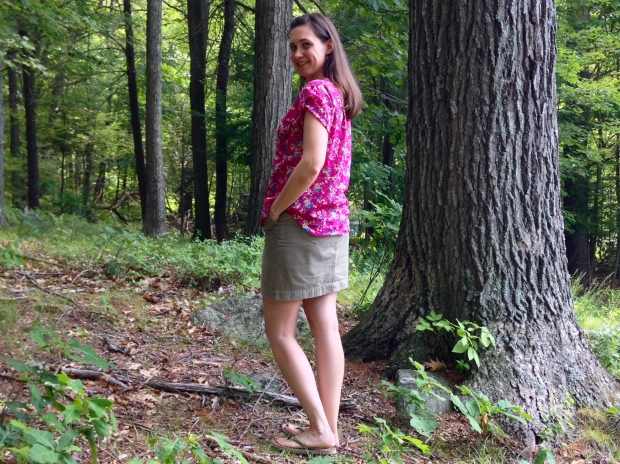 As far as construction goes, I pretty much followed the directions (GASP). I did add extra top stitching at the button band and collar. The pockets called for two rows of stitching, so I figured top stitching the button band and collar wasn’t totally out of line. Also, the pattern suggested some pretty extensive interfacing, which I felt would be too much for this fabric. I opted to use my lightest fusible for the pocket flaps, sleeve tabs, and button placket, and only interfaced one side to keep it flexible. I went with a slightly heavier fusible for the collar so it would retain its shape. 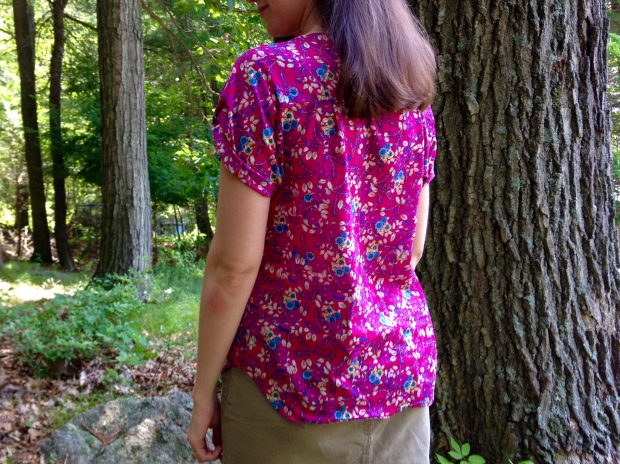 This shirt in voile definitely has a campy/safari vibe, so I decided to embrace it and pair it with the khaki Moss Skirt I made a couple years back. I would like to eventually make this blouse in rayon, which I think would give it a completely different look. This was such a fun pattern to make, but I think it may be out of print. Snatch it up if you ever find it, it’s a real gem! 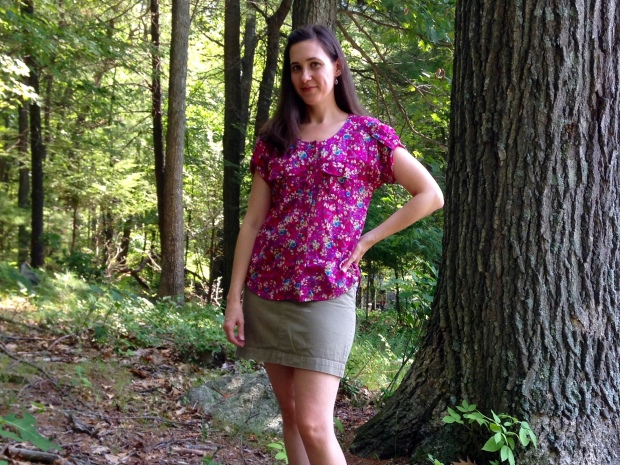